Insane gap down overnight on Russia invading the Ukraine. SPY gapped down 10+ points right into our watchlist levels and bounced at the open… creating a nice upward move and recovery. SPY 412 calls were 4 bucks at the lows and went as high as 17 when we squeezed close to the 429.5 watchlist level.

TSLA tested 700… a place it hasnt been in many months and it was a rocketship off the open moving back 100+ points reaching the 800 watchlist level. 720 Calls went from 13 bucks at the open to a high of 82 into the close. 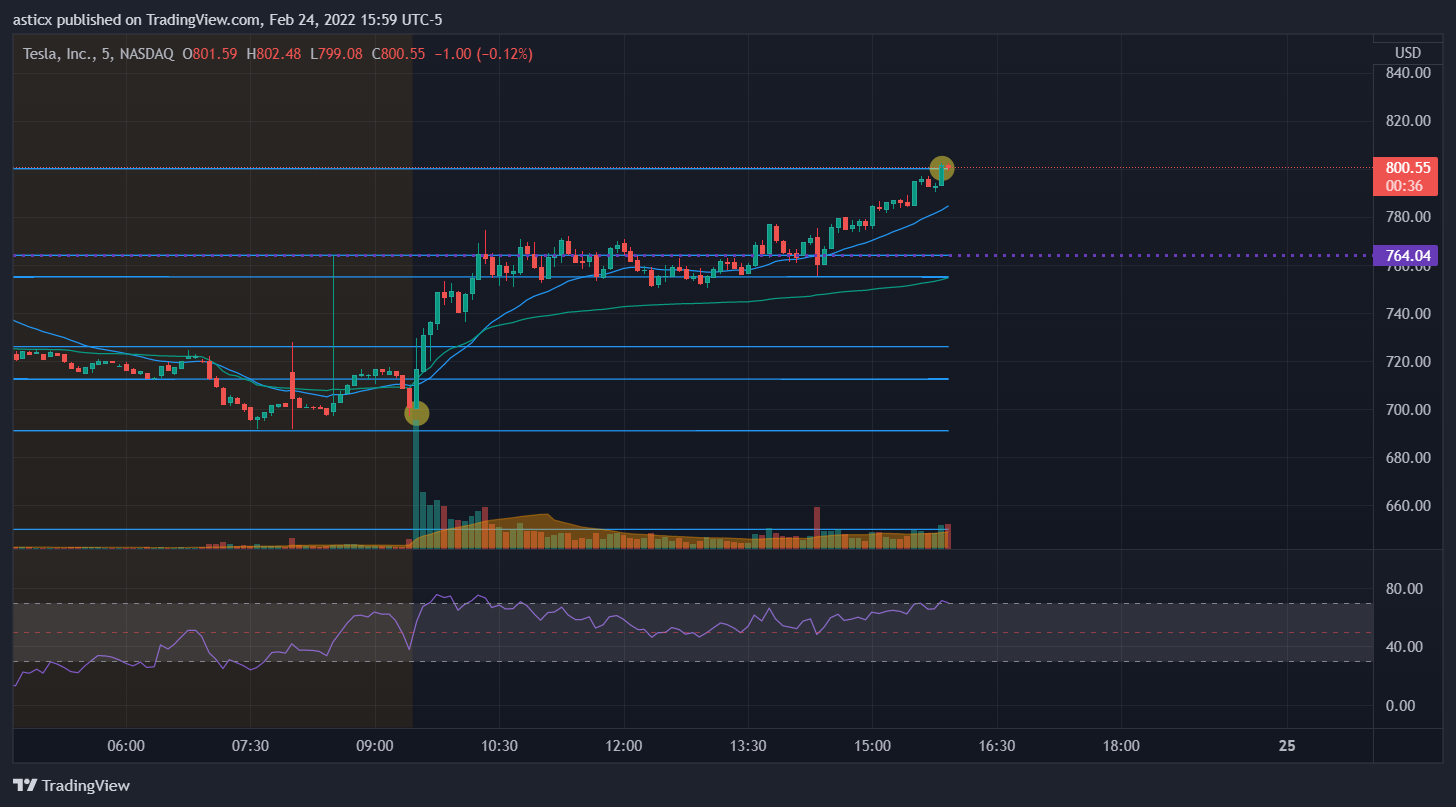 W had earnings premarket.. What a terrible day to have earnings! However once the open occurred we had a nice short squeeze making it move 30+ dollars in less than half an hour! From the 99.5 watchlist level right into exhaustion at the 130 level! The spreads were not the best so this ended up being a commons play. If you got long on the open and risked 2-3 bucks you had a nice 1:10 risk reward!

mRNA Boosters For Everyone!

MRNA also reported earnings after being beaten down over the last several months. They had some news of more boosters… as well as their stock PE being pretty low compared to when it was at 500. It gave us a nice squeeze just like W. Always fun. If you grabbed 150C on the open dip into the 138 watchlist level you laughed all the way to the bank. They went from 75 cents to a high of 6 at the 150 watchlist level. If you held these until the end of the day they reached 7.8! 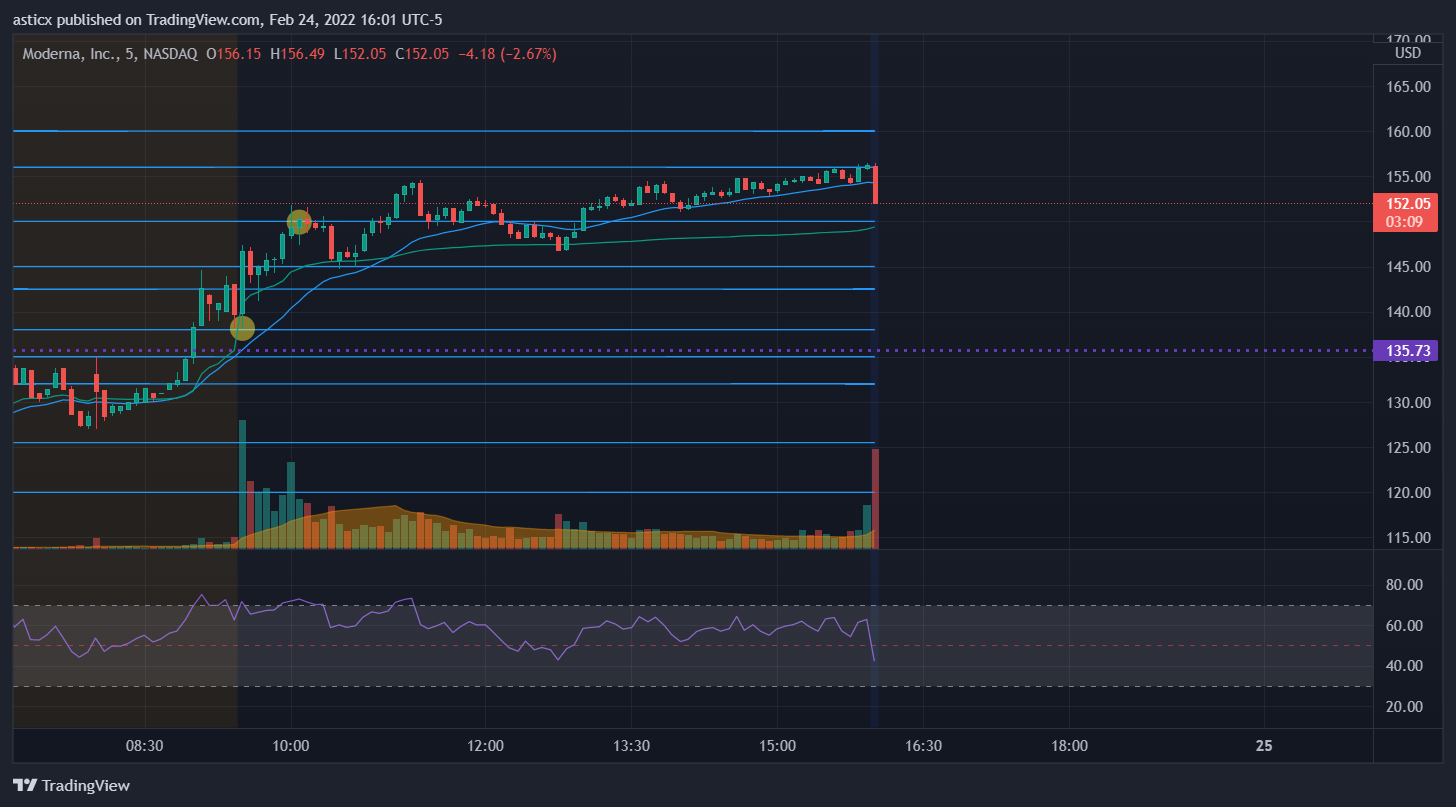 Member Trade of the Day

Edumomo Member DarthTrader had outsized account growth with 17.4% on AMZN and TSLA calls!