We had FED meeting today and comments appeared a bit more dovish than expect… so SPY graced us with a nice uptrend today.. after initially rejecting our 435 watchlist level for a nice short… but it found support on the opening range double bottoming and then moving higher throughout the day. We have reclaimed the 438 and eyes are on the 440 above. SPY puts from 435 to the double bottom went from 2.1 to a high of 3.6… a solid win. If you flipped long on reclaim and retest of VWAP the 435C went from 1.5 to a high of 4.55 before retracing back to 438. 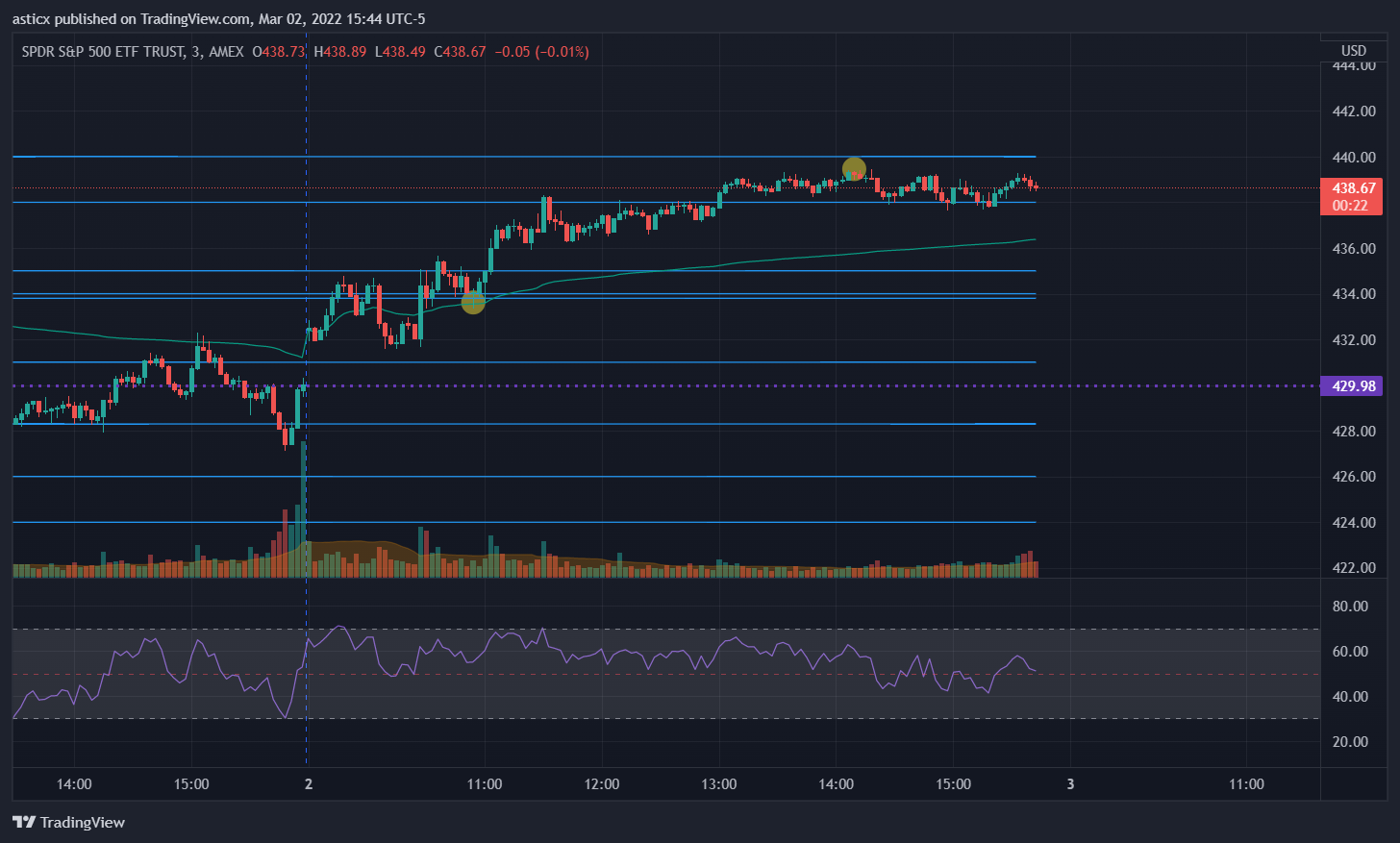 LMT was a straight sell right out of the gate as it has made a monster move the past several days with all the war news… If you grabbed the 445P on the 447 watchlist level break they were going for 6-7 bucks and headed to about 16 before reclaiming 433 and moving higher with the market. 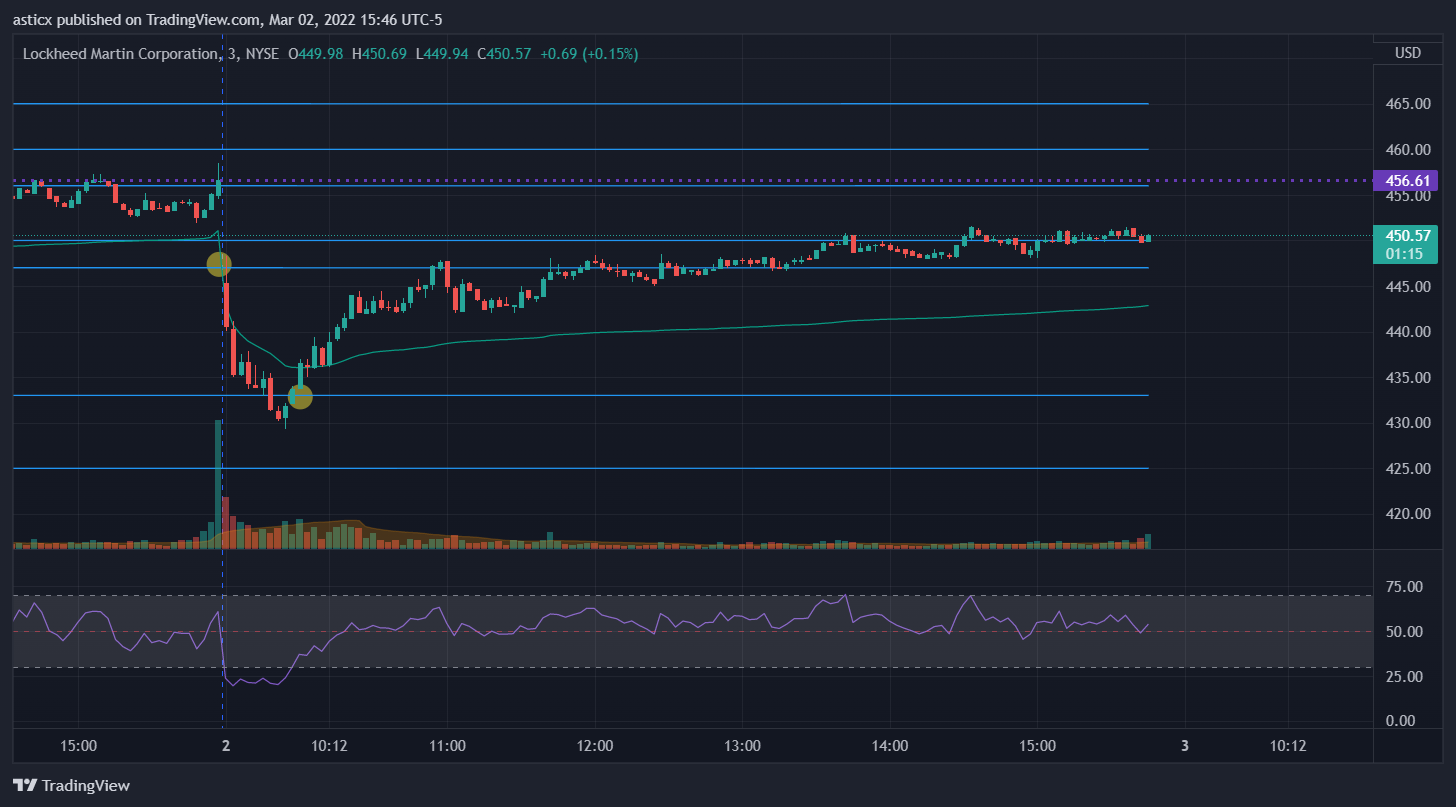 RIVN had some unexpected production falters/supply chain issues where they needed to increase price on their vehicles by quite a large amount.. That did not bode well for their stock this morning as we saw selling right of the gate. If you got short commons right out of the gate vs the 59.32 watchlist level you were quickly rolling in some money before taking profit when it double bottomed in the 53 area before seeing some later afternoon rally. 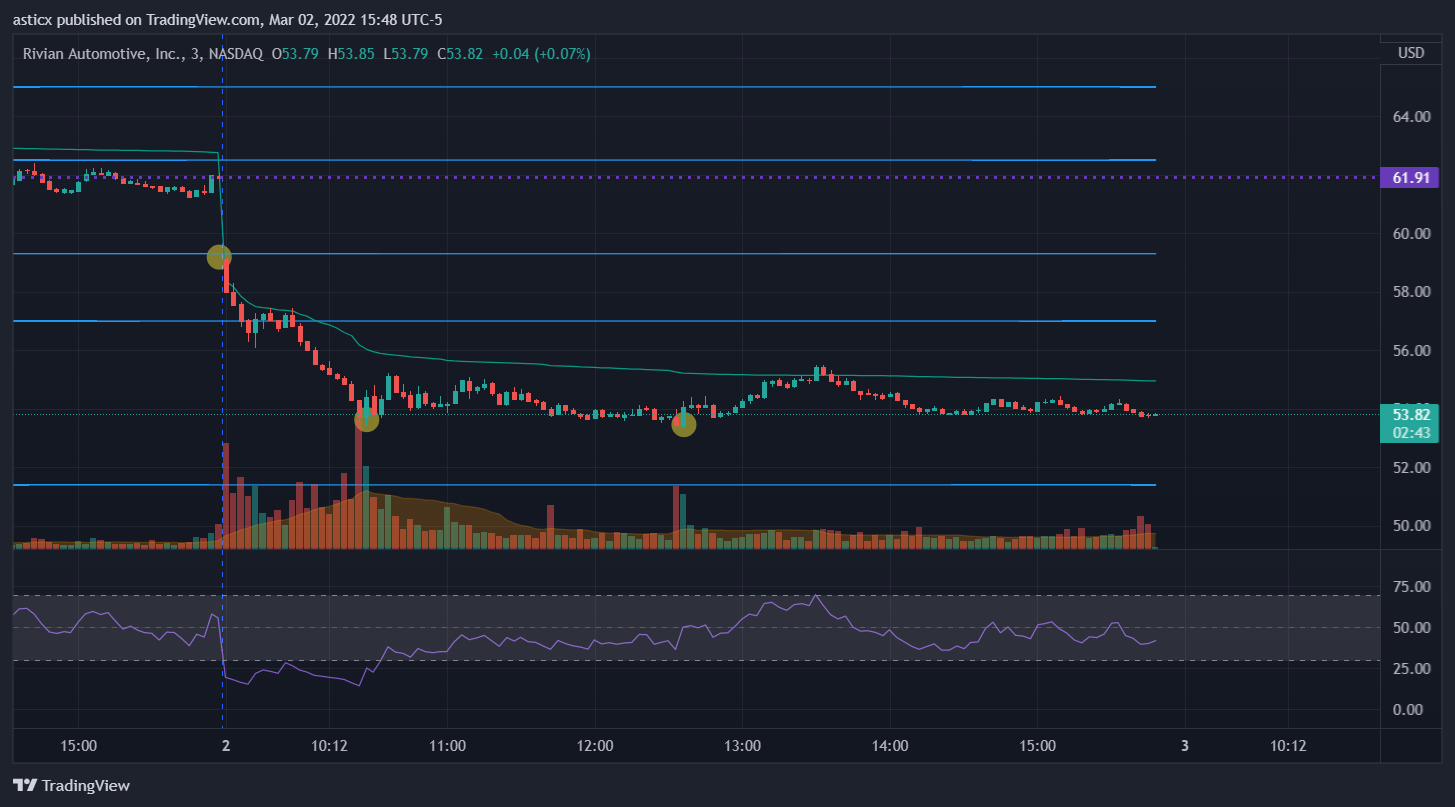 SOFI was an earnings play from yesterday… they seemed to like the news in afterhours but by the morning they decided it was a sell the news event. If you grabbed 12P out of the gate vs the 13 watchlist level above they were .23/.25 and went to a high of .75 before bottoming and going into consolidation action… this is where we lose interest as we are looking for strong trend. 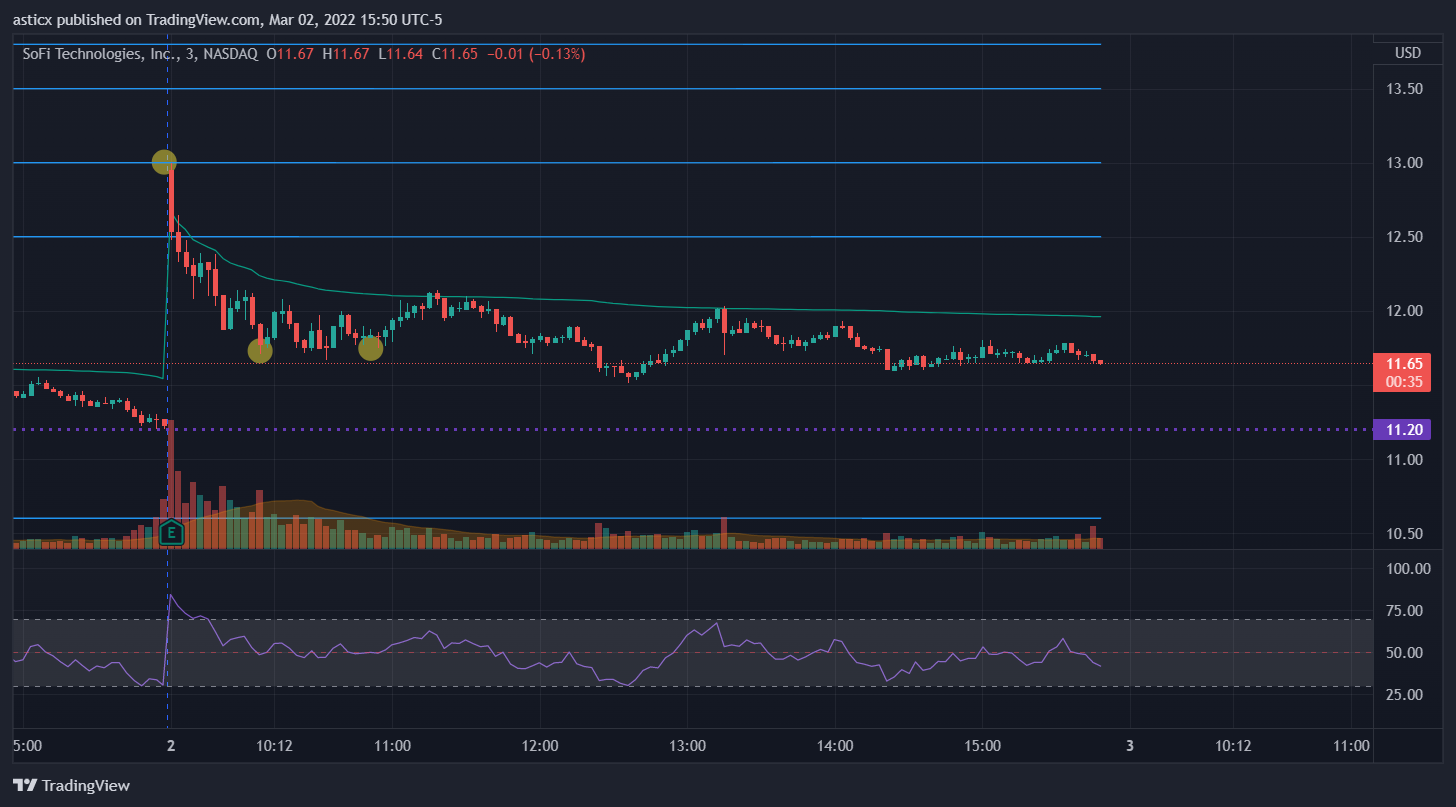