SPY had lots of movement in the overnight session… making big moves down and big moves back up… until the open. SPY got hit with a stick and knocked it back into downtrend mode. What a nice downtrend it became. If you grabbed the 430P on the vwap break you may need a new backpack to carry all your cash. They moved from about 2 dollars to a high of 8 before getting stuck in consolidation.. and the next leg down. After consolidation broke we got our 420 test and 10 dollar fills. I love nice trend.

TSLA opened with relative strength probably due to the incase melt up in oil last night. This only kept up for the first half hour before it buckled and lost our 858 watchlist level as well as vwap.. After that it tanked quickly with SPY heading as low as 805. 820P was trading as low as 14 around that time and made a nice move up to 33… a solid 100%. Good way to start the week. 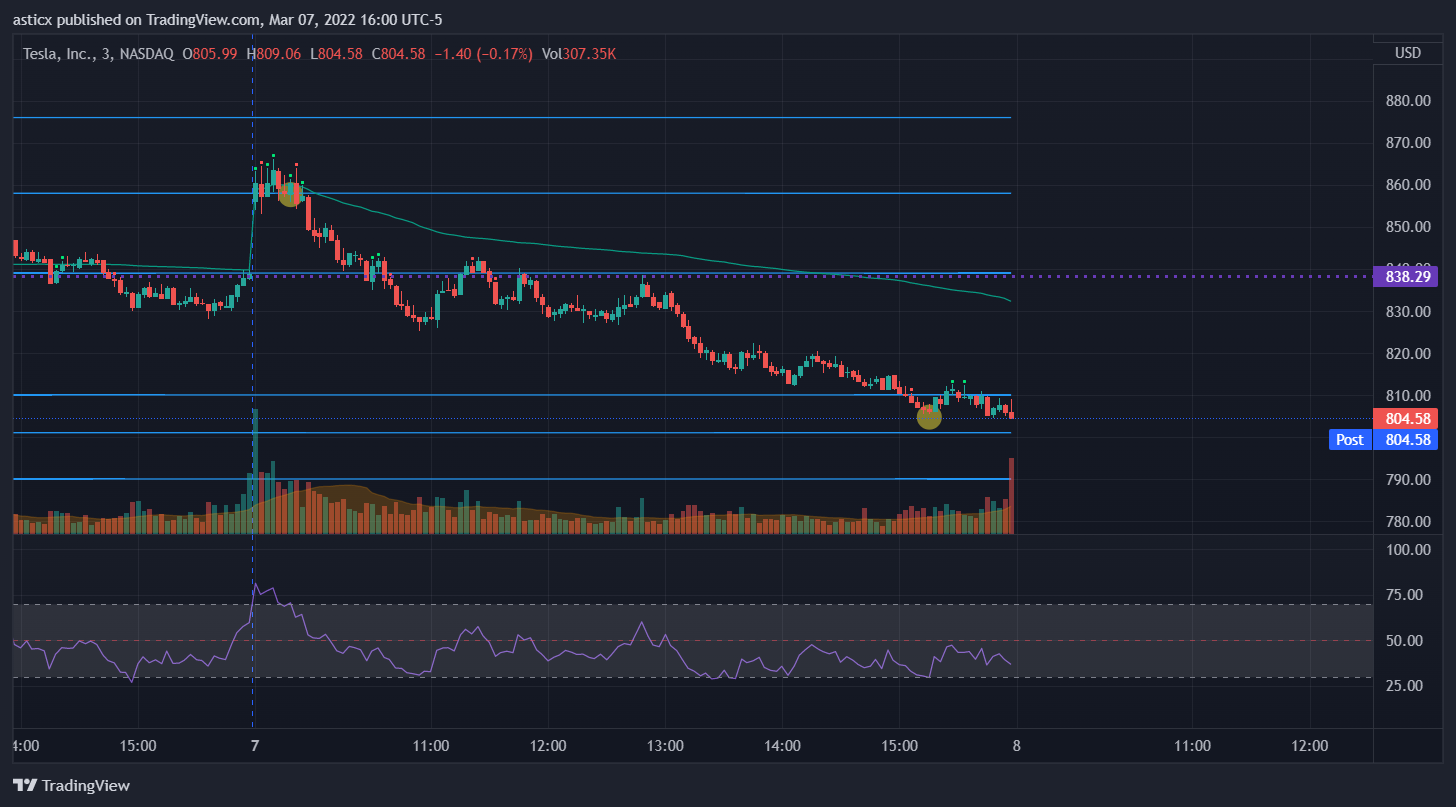 LMT continued to stay on the list… as it has been offering crazy opportunities. Both up and down. The first 2 hours presented us with a gap up opening right above our 465 level.. This means long biased until we lose that level… and it made a nice clean move right into our 478 level above. 470C made the move from 7-8 to a high of 17 before being rejected 3 times from our level. 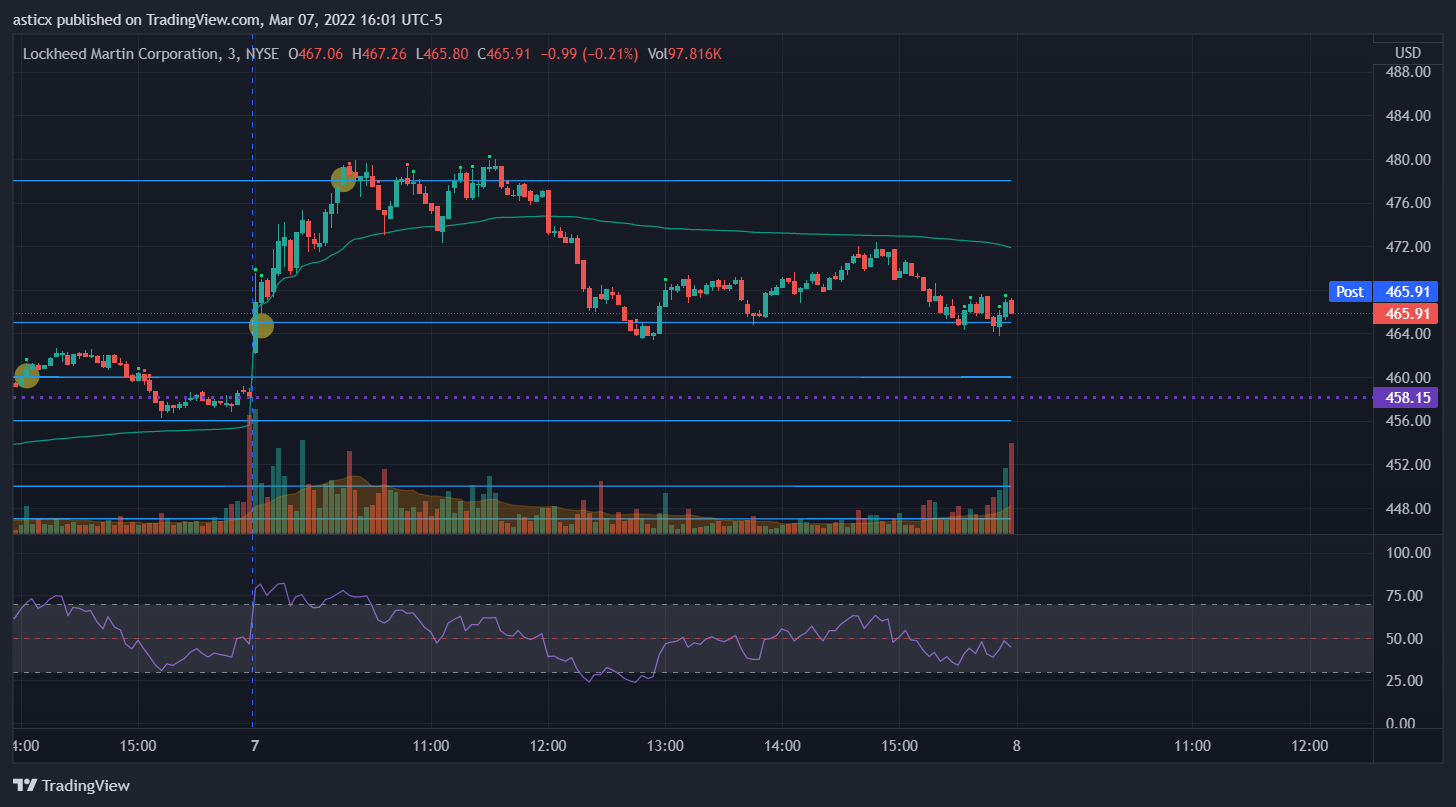 OXY was on watch this morning after Buffet added to his stake… and oil is going crazy recently during this conflict… We were looking for profit taking and then continuation… We got the profit taking but no continuation as it came up and double topped on our 58.6 watchlist level.. Making some nice moves down all the way to our 54 level before reclaiming and moving higher. If you got short shares on the double top test risking 50 cents to a buck you made a nice 1:8/1:4 risk reward. Groovy. 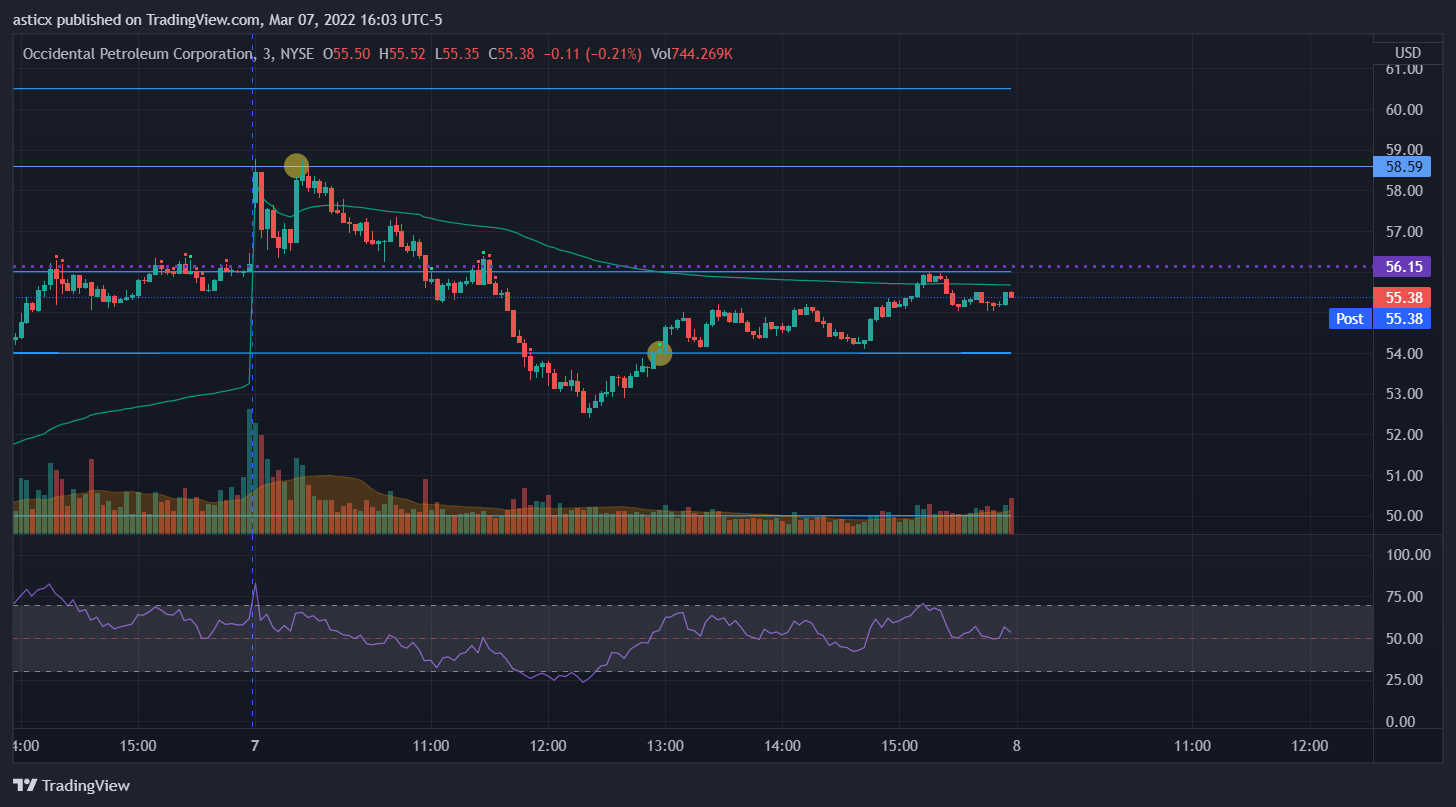 Members hellfire and Blitz78 had nice gains of 1% and 2.13% respectively.