SPY put in the everywhere pattern today.. Making big moves up, down, left, right and to the moon! Is this the new normal until the world calms down? The swings are wild and as long as you are on the right side of them you can have a really profitable day. SPY 420C was as cheap as 2 bucks on the double bottom near our 414 watchlist level… they went to 8 before losing steam.  420P was 1.25 near the 428 watchlist level… and it went to 5 as it retraced back to 418. 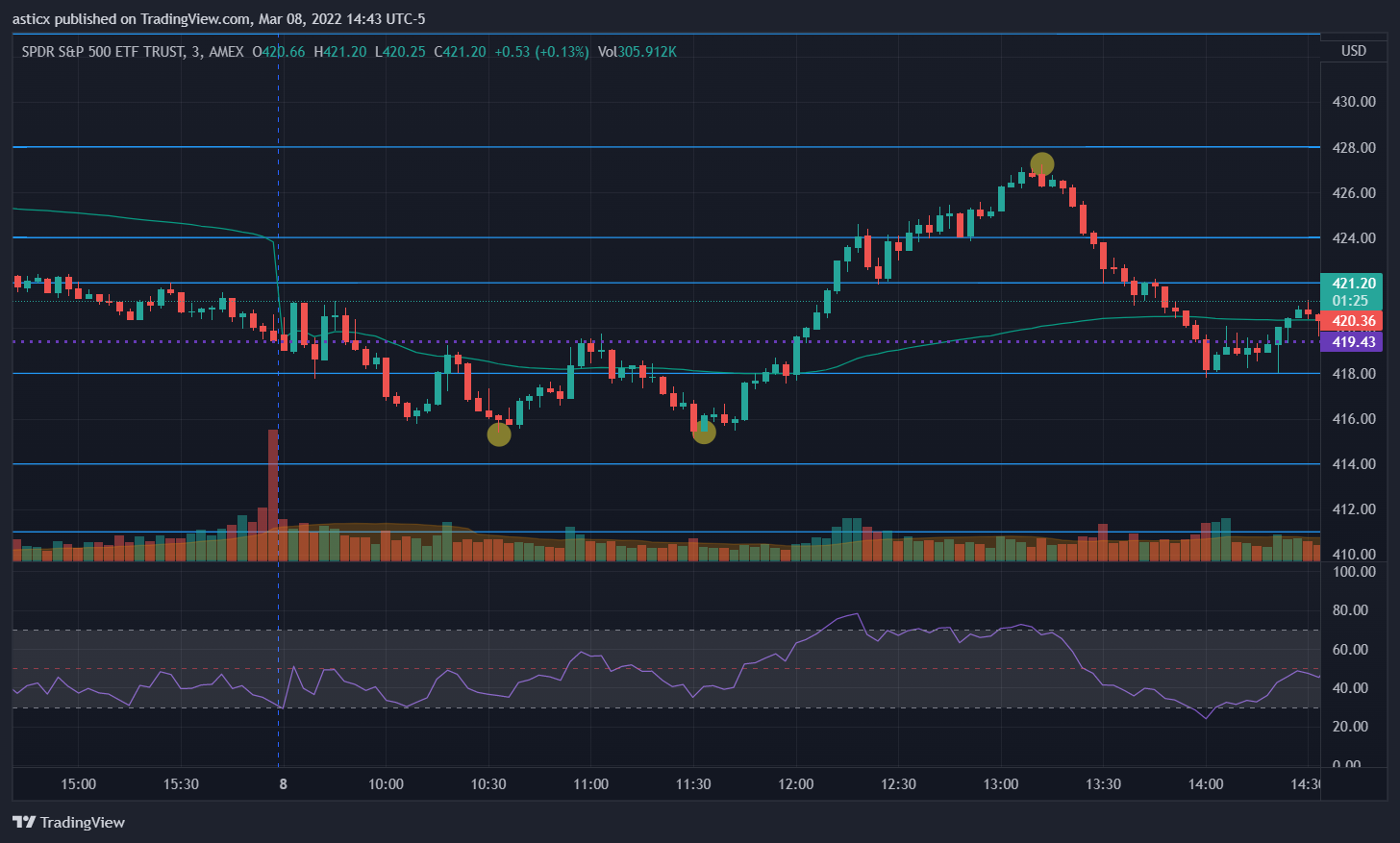 AMZN continued selling in the morning but there were buyers lurking. Once SPY finally found some support AMZN was right on our 2670 watchlist for a great risk reward long opportunity. 2750C moved from 26 to a high of 91 before losing the 2790 watchlist level and coming back to earth. 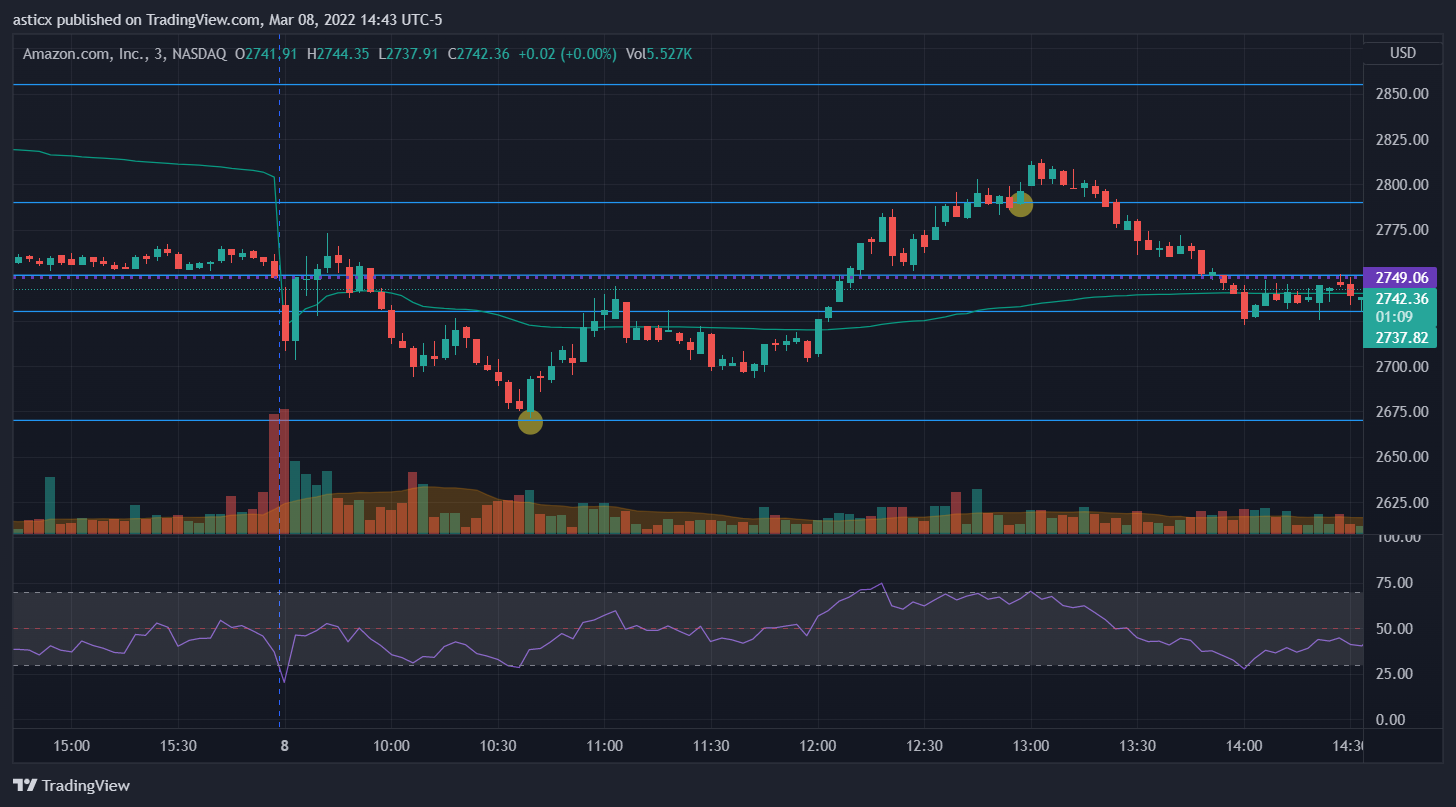 TSLA Delivery numbers are starting to roll in.. perhaps that is what is giving TSLA relative strength. It was one of the only tech names making an uptrend in the morning chaos. Once SPY decided what it wanted to do it moved quickly and aggressively falling about 10 points short of the next watchlist level above. 830C made a nice solid move from 10 to 32 after it reclaim/retested the 795 watchlist level. 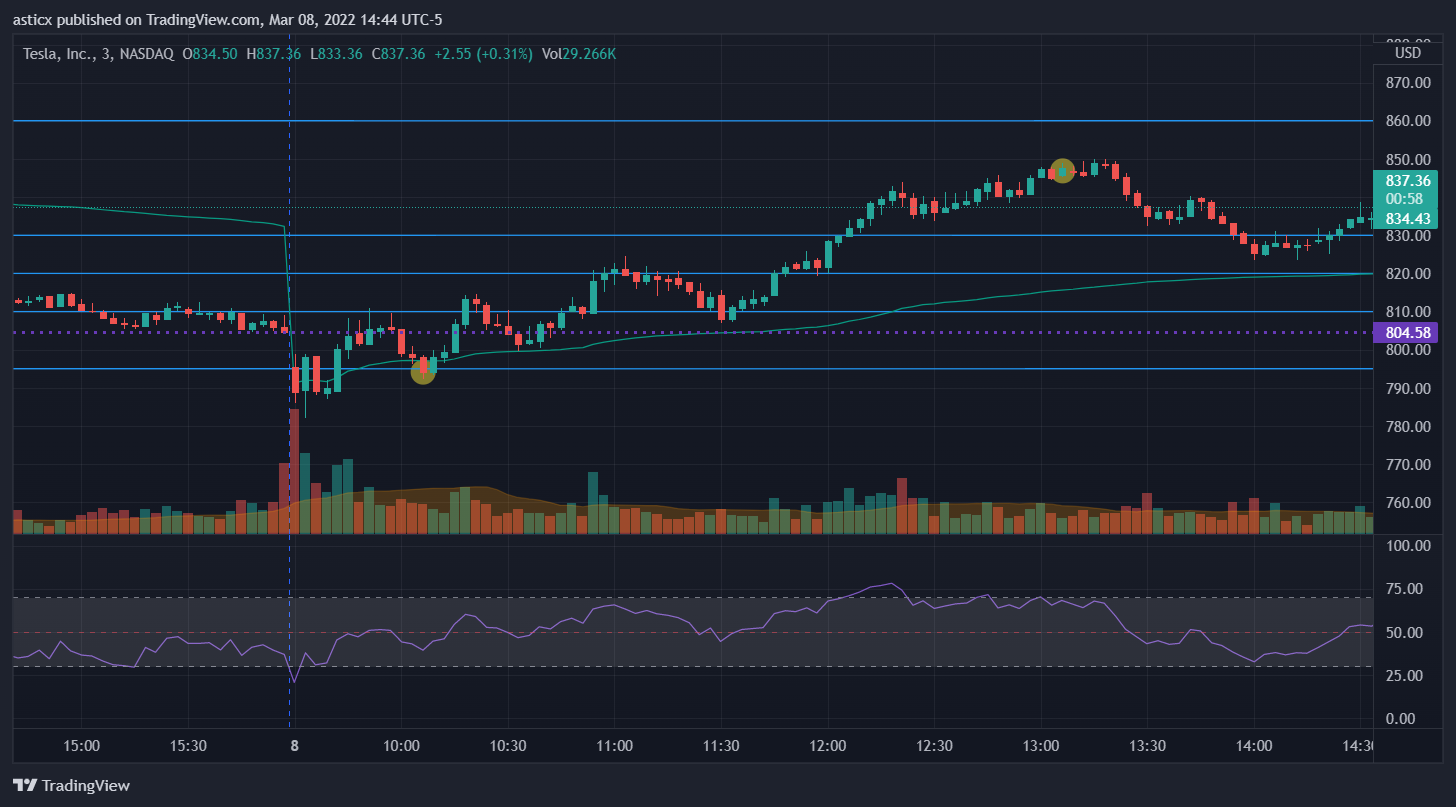 OXY was making nice upside in the morning but after some good potential news out of the Ukraine it sent it tumbling straight down. OXY was just a half point shy of our 59 watchlist level making it a good risk reward short. If you took commons you got a nice move all the way to 51 just 1 point from our next watchlist level. An easy 1:8 risk reward trade. 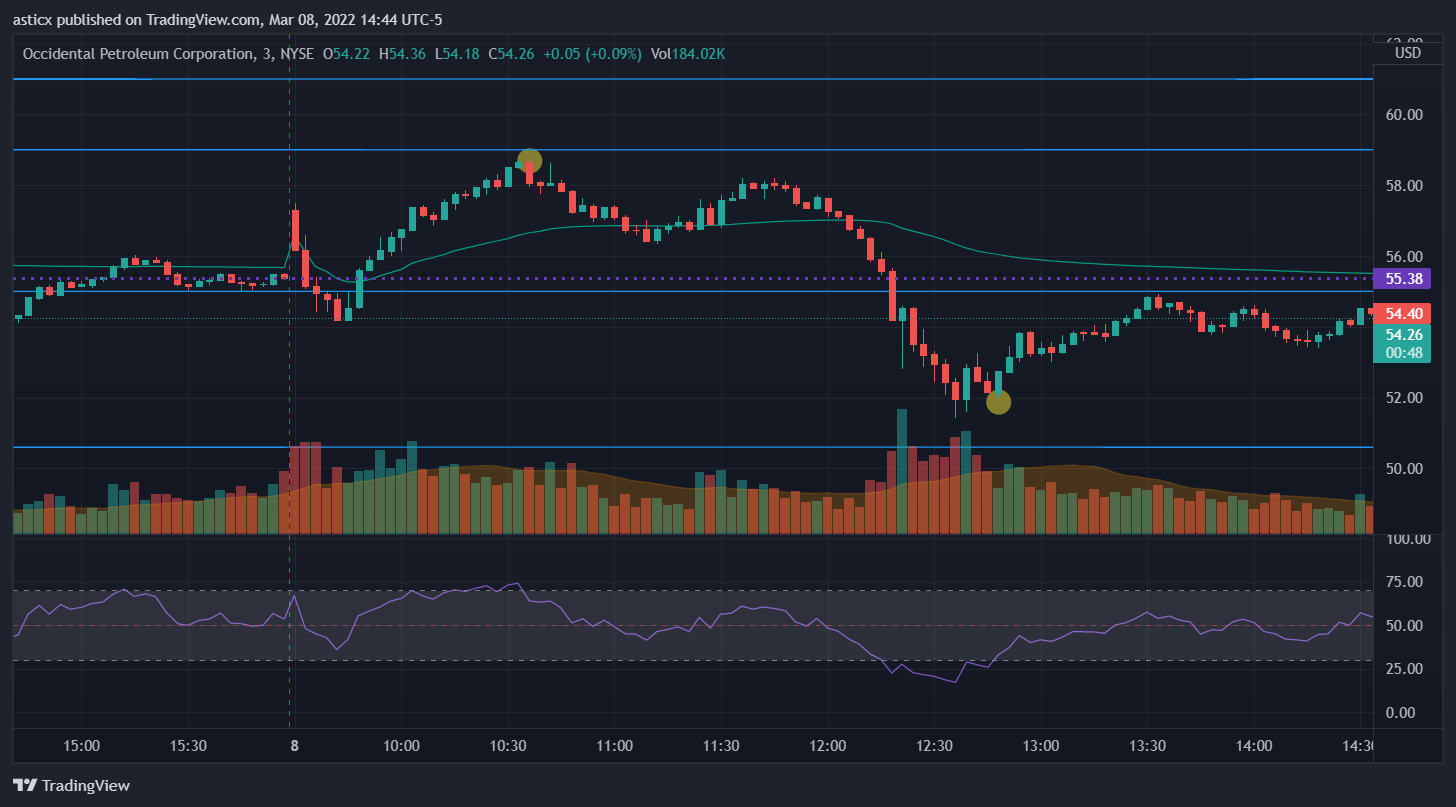 Member pblev62 crushed it making 8% with SPY calls and puts.