Got Profits? Do you know where or when to sell confidently?

Have you got into a trade and are green, but struggle to know where to sell?

Do you have a habit of selling too soon or way too late?

Have you gone from being nicely green on a trade only to end up red because you didn't sell? 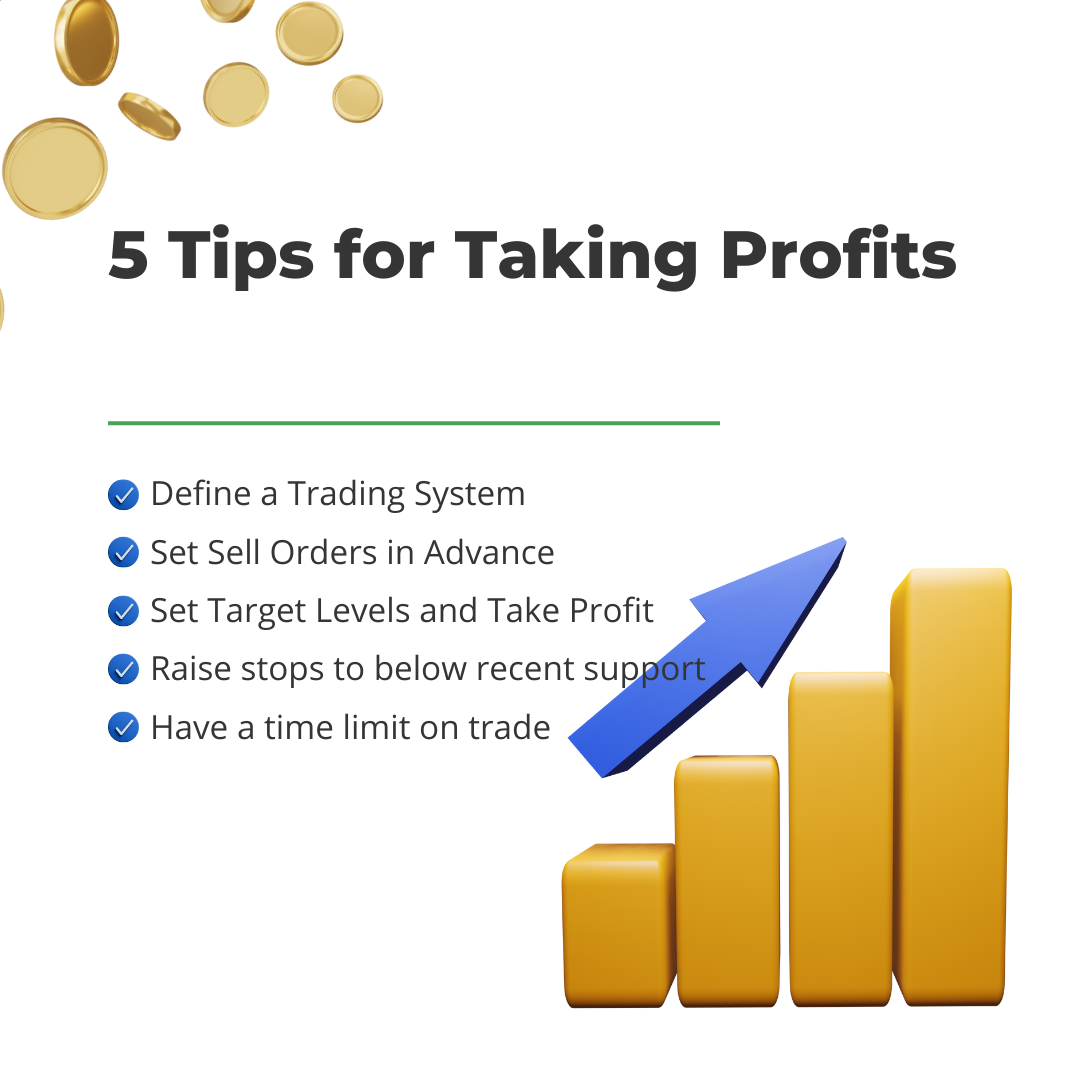 Where or when to sell?

Before anything, do you have a trading system?  Ask yourself, how does this trade fit into that system?  That system should dictate your sell rules.

If you don't have a system yet, I'm going to share a simplified version of the rules I like to follow when trading for the levels provided in Daily Market Edge.

Generally I evaluate a chart and determine which level I think a stock will move to/from the entry and take 50-100% off when it is reached.  I also like to take profits along the way especially if I'm up over 3-5x of my risk.

Keep it simple.  Based on my trading system, my intention isn't to get max gains every day, but to get repeatable gains.

As you spend more time with the levels, you will develop a sense for how often levels are met and the timing to get there.

SPECIAL NOTE: for Same Day Expiration contracts, I may not wait for the level to come, especially if the contract value is the same as what the intrinsic value will be end of day at the level.  Check out Example 2: Option Contract Met Intrinsic Value.

So go back through your past trades and see if there is a trend or average of profits you have before they went red on you.  Then see if you used that average as a place to lock in regularly and used that as a rule, would you, net across your trades, be more or less profitable? 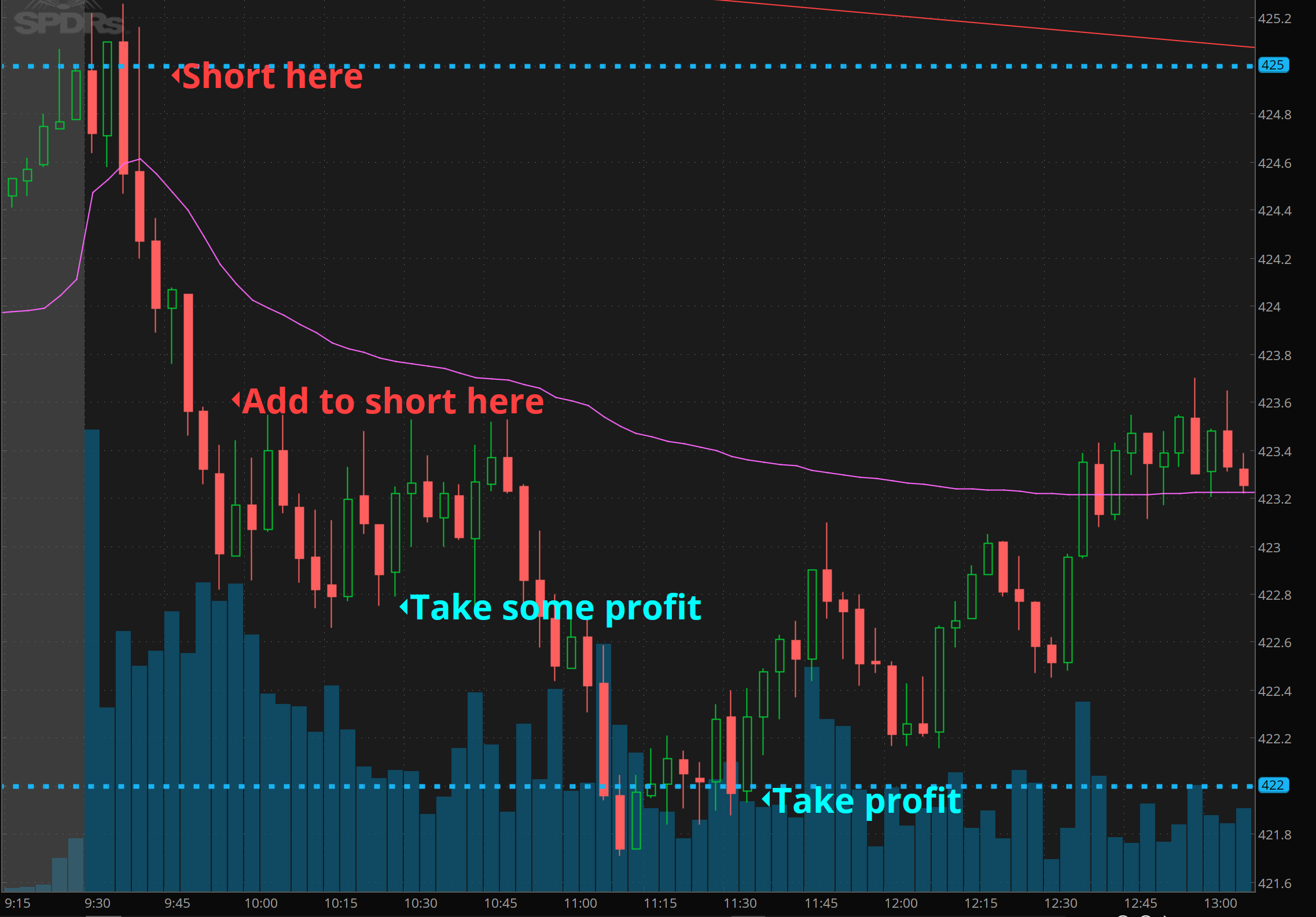 In the example above, we have a short bias, enter at the 425 level and take profit where support was being formed at 422.60 and then hold the rest for the 422 level 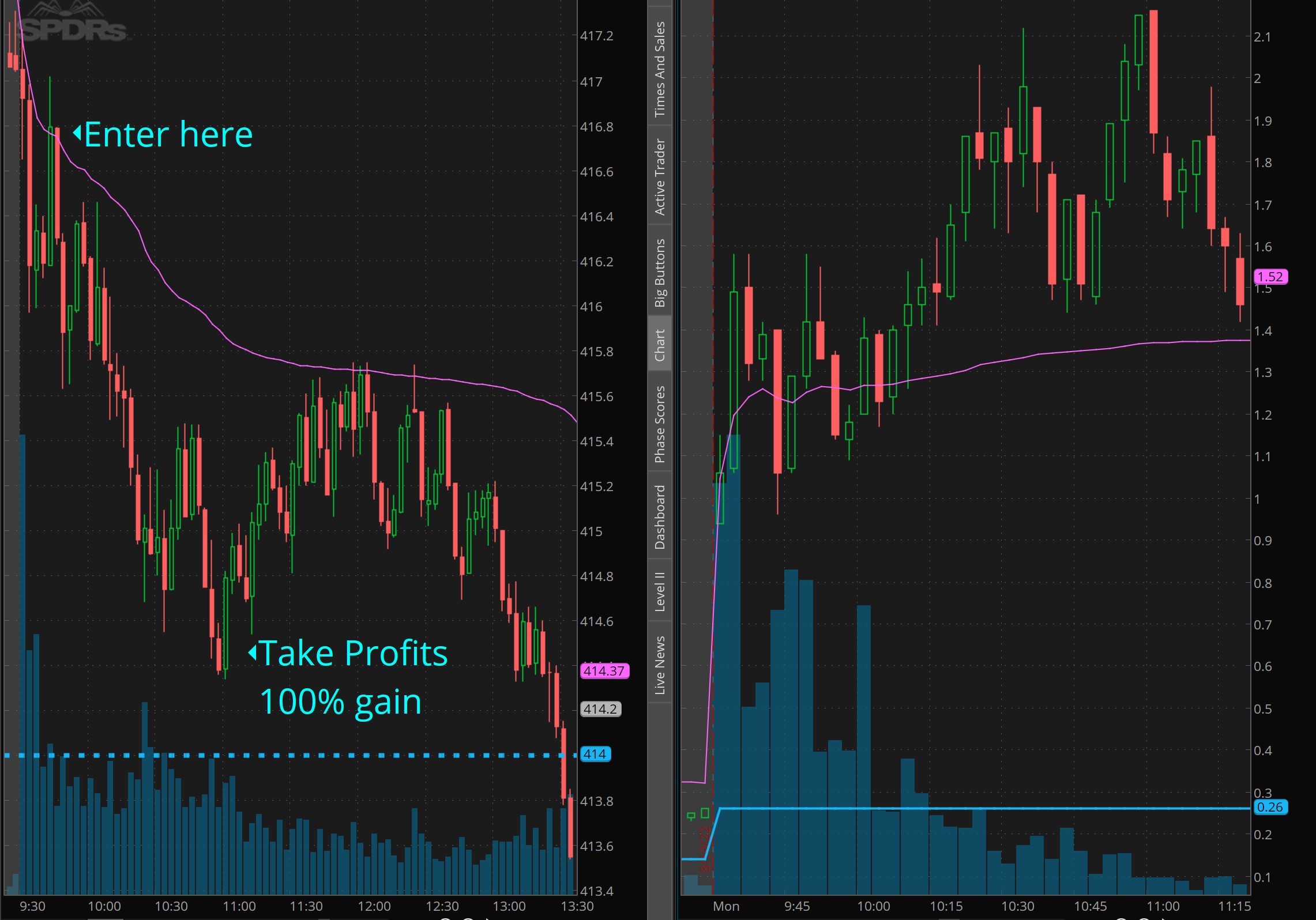 In this example we enter on short bias, the level 417.50 wasn't getting met, and heavy market selling.  the 416p would have an intrinsic value of $2 when it gets to the 414 level so we by at 1 to 1.20 and sell for $2+ for almost 100% gain.  If we waited the price would have come back to break even before it going back to $2.  By being smart we can reduce our risk, take profits and position for a second leg. Same Idea and you get the same trade and profits twice! (actually more because the second leg started making its way to the level below.

Stocks don't always move in a straight line between levels so having a process to lock in gains and then reload for multiple legs can be very rewarding.  Often times you can use the profits from the first trade as your buffer for the second leg so you can be more patient if you want.

If you would like to subscribe to our trading course and hundreds of hours of online training fill out the form below.